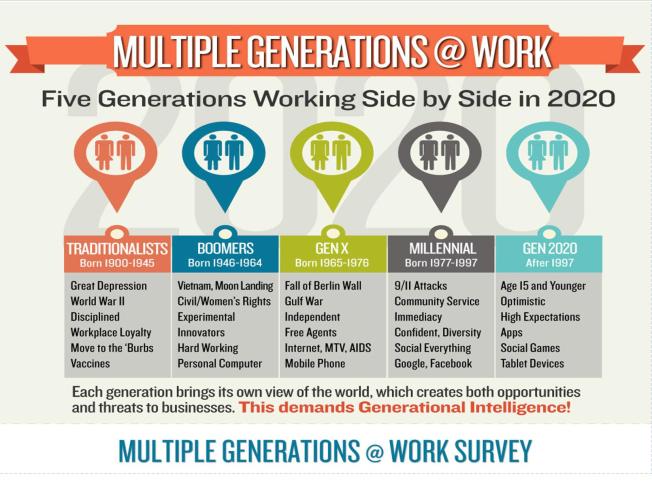 “JOHN BATTELE – ON LINKED IN”

“Millennials are now the largest force in the global economy, and they have a markedly different view of work.

Purpose and “making a difference in the world” are central in their work-related decisions.

Thanks to NewCo, I’ve gotten out of the Bay Area bubble and visited more than a dozen major cities across several continents in the past year. I’ve met with founders inside hundreds of mission-driven companies, in cities as diverse as Istanbul, Boulder, Cincinnati, and Mexico City. I’ve learned about the change these companies are making in the world, and I’ve compared notes with the leaders of large, established companies, many of which are the targets of that change.

As I reflect on my travels, a few consistent themes emerge:

1. Technology has moved from a vertical industry to a horizontal layer across our society. Technology used to be a specialized field. Technology companies sold their wares to large companies in large, complicated IT packages and to consumers as discrete products (computers and software applications). In the past decade, technology has dissolved into the fabric of our society. We all can access powerful technology stacks. We don’t need to know how to program. We don’t need a big IT department either. Now, technology is infrastructure, like our physical systems of highways and roads. This levels the playing field so new kinds of companies can emerge, and it’s forcing big companies to respond to a new breed of competitor, as well as a newly empowered (and informed) consumer base.

2. Big companies are on the precipice of the most wrenching transformation in history — and tech is only part of the reason why. BigCos change very slowly. They are cautious by nature and extremely suspicious of “the new.” BigCos study new developments and wait for proof before they change. As digital technology spread through society over the past three decades, big companies were slow to get a web page, slow to conduct business over the web, slow to lean into mobile and social, and slow to respond to new types of startup competition. Of course, now that the web is mature and consumer platforms like Facebook and Google are massive, BigCos have shifted resources to digital. But that last point — responding to startup and business model competition — is far more problematic, because responding to new kinds of competition isn’t something you can outsource. It requires a fundamental shift in corporate social structure — and culture is hard to change.

3. The next generation’s leaders don’t want to work at BigCos (if they don’t have to). In the past year I’ve met with senior executives at massive companies like Nestle, Publicis, P&G, Walmart, Visa, and McDonald’s. When I ask what keeps them up at night, all of them answer “hiring the next generation of leaders.” The best and brightest now see “launching a company,” “working at a startup,” or “working at a digital leader like Google or Facebook,” as a preferable career choice, starving BigCos of their most valuable asset: talent. While one might dismiss young professionals’ penchant for startups as a fad or a phase, there’s something far deeper at work, namely …

4. A job is table stakes. To win talent, companies must compete on purpose, authenticity, and organizational structure. Millennials are now the largest force in the global economy, and they have a markedly different view of work: Purpose and “making a difference in the world” are central in their work-related decisions. They’d rather work at The Honest Company than Unilever, if given a choice — and the best and brightest always have a choice. Members of the next generation want to be at a company where work means more than a paycheck. They believe work can be a calling (Reich) or an expression of our creativity (Florida). BigCos aren’t currently organized to enable their workforces in this way (human resources, anyone?), but NewCos — even the very largest ones like Google — most definitely are.

5. Today’s consumers are newly empowered and are making decisions on more than price. If millennials are choosing employers based on purpose and authenticity, it follows that they decide how they spend their money in similar fashion. Convenience, selection, and price are important, but new kinds of competitors are exposing weaknesses in big companies’ essential truths, and that’s an existential threat. Dollar Shave Club questions Gillette’s core premise, MetroMile questions Geico’s core premise, Earnest does the same to large financial institutions, HolaLuz to energy companies, and the list goes on. Companies profiting from practices or products that demonstrably create more harm than good in the world are threatened in an age of transparency and accountability. Regardless of good intent or excellent marketing, if your business makes people unhealthy, or depends on exploitation of vulnerable workers, or can be laddered to climate change, it’s at risk of mass consumer migration to businesses with better narratives.

6. The platform economy means traditional competitive moats are falling away. Today’s largest consumer companies earned their power by consolidating and optimizing their access to commodities (what their products were made of), manufacturing (how their products were made), and distribution (where their products were sold and how people became aware of them). They were built on humanity’s first global platforms: television and mass transportation networks. We all know that the Internet undermined this hegemony; physical distribution is no longer a surefire competitive advantage (just ask Walmart). But what’s not well understood is how quickly other parts of the product stack have become platform-ized. Just as startups can now access technology as a service, they can also access sourcing and manufacturing as a service (Dollar Shave doesn’t make its blades, for example). This of course bolsters point #5 above: If any company can access the same economies of scale, brands must compete on more than price or distribution, they must compete on voice, innovative (and information-first) approaches to markets, and purpose.

7. Cities are resurgent. I just returned from Mexico City, which earlier this month hosted its first NewCo festival. While there, I heard a refrain consistent with my visits around the world: The city is changing for the better and new kinds of companies are at the heart of that change. When people gather at NewCo meetups or inside NewCo sessions, I keep hearing “There’s just no way these kinds of companies could have made it in this city ten years ago.” Coupled with the horizontal force of technology and the rise of a purpose-driven zeitgeist, cities have become both the epicenter of humanity’s greatest challenges, as well as the birthplace of our greatest innovation. One generation ago, one-third of humanity lived in urban centers. Today, it’s more than 50 percent. One generation from now, more than two-thirds of us will reside in the tangled banks of a city center, and that number will surpass 80 percent by the end of this century. Cities offer access to capital, education, regulatory frameworks, and a collaborative density of human curiosity and connections. It’s where great companies are born and grow.

8. BigCos are deeply aware of all this — and a massive shift is about to reveal itself. For as long as I’ve been in the media and technology business, I’ve heard big company executives proclaim they were committed to change. But it always rang hollow: Large companies expended far more resources preventing change than they ever did committing to it. Over the past year, however, I’ve sensed a deep shift in the tone of my conversations with BigCos. These are some of the smartest people in the world, and they understand the technological, generational, and social tectonics at play. In their board rooms and C-suites, conversations are already underway about changes so significant, they’ll be viewed as “calendar reset” moment: Before Shift and After Shift. We’re already seeing leading indicators — Walmart’s commitment to sustainability, GE’s move to Boston, Publicis’s rewritten purpose statement and organizational structure — but in the next year or two, the pace will quicken. New CEOs at category-leading companies like McDonald’s, Ford, and P&G will most likely announce stunning new initiatives that would have been inconceivable a decade ago.

9. The best NewCos realize there’s a lot to learn from the BigCos. After years of feasting on BigCo markets, “established upstarts” like Google, Facebook, Uber, Zenefits, and Square are transitioning from cultures based on “move fast and break things” and “ask for forgiveness, not permission.” Their leaders are now turning to questions like “How do I build a company that will last for generations? How can I maintain a strong corporate culture when I have thousands of employees? How do I work productively with regulatory and policy frameworks, now that I’m an established player?” Turns out, BigCos have decades, if not centuries, of experience in answering these kinds of questions. In my conversations with leaders of both NewCos and BigCos, I sense a new kind of detente as each side realizes how much it has to learn from the other. In the coming months and years, I expect we’ll see a lot more cooperation between the two.”