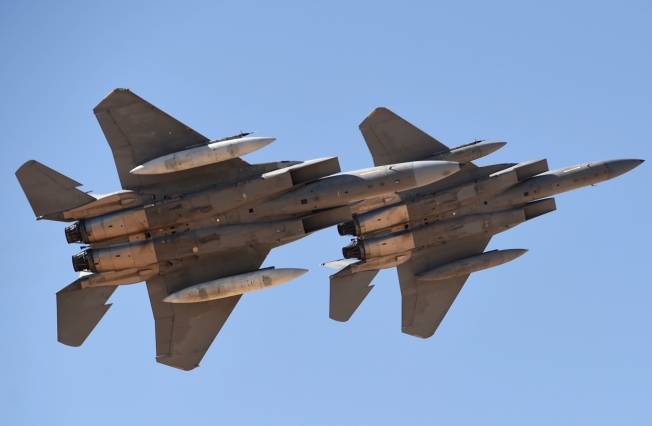 “The big winner, at least on the platform side, is Lockheed Martin, with an estimated $29.1 billion in potential sales.

Now that details of the $110 billion arms package offered to Saudi Arabia are known, Lockheed Martin appears to be the clear winner among American defense firms.

First, a caveat: Defense News broke the details of the roughly $84 billion in unknown weapons offerings that President Donald Trump brought with him on a May 20 visit to the Kingdom. But by the nature of how foreign military sales are completed, dollar totals are best-guess estimations and likely represent the ceiling for what could be spent. The figures listed may well come down, and the timeframes listed may well change, based on final negotiations around the equipment.

the company’s Sikorsky arm also benefited, with two types of Black Hawk variants: 14 MH-60R Seahawk rotorcraft ($2 billion) and 30 UH-60 rescue helicopters ($1.8 billion). That could potentially grow. A statement from Lockheed, released after the visit to Saudi Arabia, claimed that a deal was being reached with Saudi company Taqnia to “support final assembly and completion of an estimated 150 S-70 Black Hawk utility helicopters for the Saudi government.”

Boeing cashed in with an eight-year sustainment deal ($6.25 billion) for their F-15 aircraft, along with a relatively small $20 million deal to run a study on recapitalizing Saudi’s older fleet of F-15 C/D aircraft.

Raytheon’s big win came from an unknown type of enhancement for the Patriot missile system ($6.65 billion). BAE, meanwhile, hopes to bring in $3.7 billion worth of work on its Bradley vehicle, with a pair of contracts – one to modify 400 existing vehicles, and another to produce 213 new ones. (The company may also cash out on an order for 180 Howitzers, worth $1.5 billion.)

There is also a $2 billion order for an unknown number of Mk-VI patrol boats, produced by SAFE Boats International.

Known unknowns
But there is a chance for more growth, based on a set of unspecified aircraft and satellite programs. The list includes $2 billion for a light air support aircraft, type and quantity to be decided later. It also includes another $2 billion for four new aircraft to replace the Kingdom’s Tactical Airborne Surveillance System, which serves a similar role to the U.S. Air Force JSTARS.

The light air support seems to have a fairly small list of options: either Textron with it’s AT-6 (or, perhaps, its Scorpion jet, still in search of a first customer) or the Embraer/Sierra Nevada team’s A-29 Super Tucano. Both the UAE and Jordan have ordered the A-29, so buying the Super Tucano would give the Kingdom commonality with two of its closest allies.

The wildcard may be the U.S. Air Force’s OA-X experiment, which is holding a flyoff between the Scorpion, AT-6 and A-29 this summer. In theory, the Air Force is looking at replacing the A-10 with one of the three planes, but the service has been careful to stress this summer’s action is more of a fact-finding exercise than a downselect. At the same time, if the USAF shows a preference for one of the jets, the Saudis may look in the same direction.

As to the TASS replacement, the first question is whether the Saudis look to glom onto the JSTARS recapitalization, which should be awarded sometime in fiscal year 2018. If so, Boeing, a Northrop Grumman/L-3/General Dynamics team and a Lockheed Martin/ Bombardier team would benefit here.

However, the TASS and JSTARS setups are somewhat different, and it may be the Saudis would look for a custom solution.

Meanwhile, the Kingdom has been offered a clutch of satellites, with as-yet-unknown designs: two “Remote Sensing Satellites” estimated at $800 million and two satellite communications & space based early warning systems estimated at $4 billion.

Given the focus on missile defense, the space based early warning systems could well be a derivative of Lockheed’s Space Based Infrared System (SBIRS) missile defense satellite. If so, the U.S. may be able to seek an arrangement with the Kingdom on information sharing, which would widen the overall capability of the missile tracking system.

How quickly these contracts can be pushed through the system is an open question. Roman Schweizer, an analyst with Cowen Washington Research Group, wrote in a note to investors Friday that “precision munitions and missile defense remain top priorities for the Kingdom.”

“We think the elements of the package will probably go through as individual items, which could reduce opposition. We think some of the more easily defined items that have been either sold to Saudi before or to other countries could proceed quickly (such as THAAD, Patriot, precision munitions, helicopters, F-15, C-130Js, etc.),” he wrote.” 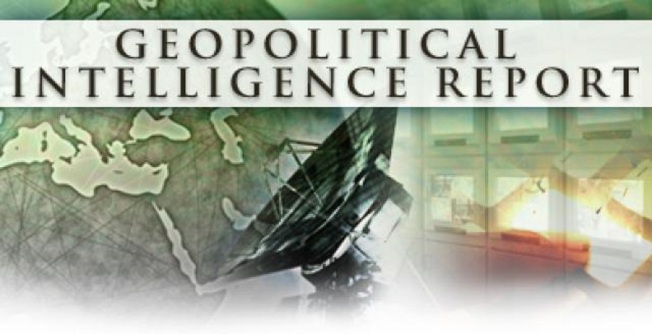 “The U.S. intelligence community simply failed to gather sufficient information on al Qaeda’s intentions, capability, organization and personnel. The use of torture was not part of a competent intelligence effort, but a response to a massive intelligence failure.

——if you have so much intelligence that you already know enough to identify the individual is loaded with information, then you have come pretty close to winning the intelligence war. That’s when you simply point out to the prisoner that, “for you the war is over.” You lay out all you already know and how much you know about him. That is as demoralizing as freezing in a cell — and helps your interrogators keep their balance.

That failure was rooted in a range of miscalculations over time. There was the public belief that the end of the Cold War meant the United States didn’t need a major intelligence effort, a point made by the late Sen. Daniel Moynihan. There were the intelligence people who regarded Afghanistan as old news. There was the Torricelli amendment that made recruiting people with ties to terrorist groups illegal without special approval. There were the Middle East experts who could not understand that al Qaeda was fundamentally different from anything seen before. The list of the guilty is endless, and ultimately includes the American people, who always seem to believe that the view of the world as a dangerous place is something made up by contractors and bureaucrats.

Bush was handed an impossible situation on Sept. 11, after just nine months in office. The country demanded protection, and given the intelligence shambles he inherited, he reacted about as well or badly as anyone else might have in the situation. He used the tools he had, and hoped they were good enough.

The problem with torture — as with other exceptional measures — is that it is useful, at best, in extraordinary situations. The problem with all such techniques in the hands of bureaucracies is that the extraordinary in due course becomes the routine, and torture as a desperate stopgap measure becomes a routine part of the intelligence interrogator’s tool kit.

At a certain point, the emergency was over. U.S. intelligence had focused itself and had developed an increasingly coherent picture of al Qaeda, with the aid of allied Muslim intelligence agencies, and was able to start taking a toll on al Qaeda. The war had become routinized, and extraordinary measures were no longer essential. But the routinization of the extraordinary is the built-in danger of bureaucracy, and what began as a response to unprecedented dangers became part of the process. Bush had an opportunity to move beyond the emergency. He didn’t.

U.S. President Barack Obama has handled this issue in the style to which we have become accustomed, and which is as practical a solution as possible. He has published the memos authorizing torture to make this entirely a Bush administration problem while refusing to prosecute anyone associated with torture, keeping the issue from becoming overly divisive. Good politics perhaps, but not something that deals with the fundamental question.

The fundamental question remains unanswered, and may remain unanswered. When a president takes an oath to “preserve, protect and defend the Constitution of the United States,” what are the limits on his obligation? We take the oath for granted. But it should be considered carefully by anyone entering this debate, particularly for presidents.”