“The Pentagon is in the midst of releasing a flurry of guidance related to its new adaptive acquisition framework. The public got its first look at the software pathway early in January when a Navy official informally released the interim guidance.

Besides the usual bureaucratic challenges of documentation and approval, two highlights could make or break the Pentagon’s ability to move fast on software.“

“Like the middle-tier acquisition pathway, the budding software pathway is exempted from the regular requirements and milestone review processes. But software programs must still submit abridged requirements documents through a parallel, but “expedited,” approval process. Similarly, an acquisition strategy and set of metrics must be submitted in lieu of formal milestone reviews.

A crucial component of the acquisition strategy is a plan for intellectual property (IP). As the recently released intellectual property policy specified, IP plans emphasize “the criticality of long-term analysis and planning during the earliest phases of the program.” Long-term planning is required for IP so that specified terms and pricing can be set up front, for such things as who owns the data, whether third-parties can modify the code, and which interfaces will be used. But if used improperly, it could lock in technical plans at the expense of course correction.

The IP process may run against the stated intentions of the software pathway policy — that programs use agile development methods. Some of the values from the Agile Manifesto include: responding to change over following a plan; collaboration over contract negotiation; and working software over comprehensive documentation. The requirement of defining all IP needs upfront runs counter to the values of agile.

If software is supposed to be incrementally released, then the definition of IP needs and pricing should also be an iterative exercise. Otherwise, the Pentagon’s IP policy would in practice necessitate a waterfall planning process. Developers would have to execute within the constraints of the IP plan.

The challenges of defining — and the unresolved problem of pricing — IP rights may be alleviated by a second highlight of the interim software policy: enterprise tools. Using government-owned infrastructure and platforms, many parts of the software program do not need to be recreated and separately priced. Firms can compete primarily on the application layer.

Building on enterprise tools like a government cloud, for example, would have saved the Pentagon from its IP struggle with Lockheed Martin over F-35 sustainment data. The company claimed ownership of data collected by the Automated Information Logistics System and stored on its premises. Data reports delivered to the government had Lockheed’s proprietary markings.

The U.S. Air Force has taken the lead in standing up enterprise tools for the services. Chief Software Officer Nicholas Chaillan is in the process of releasing the Unified Platform layer upon which applications can be built and deployed. The Air Force has increased funding for its Unified Platform and related elements from just over $55 million in fiscal 2019 to a request of nearly $100 million in 2020.

The Unified Platform will in turn run on government cloud solutions, which will incorporate the forthcoming Joint Enterprise Defense Infrastructure, or JEDI, contract expected to run $10 billion over the next 10 years.

Chaillan explained. “You go to big companies, they have infrastructure cloud team, they have a platform team, you don’t have each software team building the entire stack from scratch. They can reuse all these existing enterprise capabilities in terms of testing and security.”

Enterprise tools help minimize the amount of effort, and thus IP planning, required of individual software efforts. By reducing the cost of building and operating new applications, more modularized software can be written by competing suppliers. It increases participation from companies of all sizes.

With viable alternatives not only in development, but in operations, tugs and pulls of the market may reveal efficient pricing for IP without lock-in effects from sole-source providers. In other words, the government will be less reliant on lifecycle planning and cost data.

By building on government-owned infrastructure and platform layers, applications can be modularized and priced incrementally. That will help bring the business team into a culture that supports agile developers. Enterprise tools may then help move the software acquisition pathway away from “water-agile-fall” and toward a real agile development process.

Investments in enabling tools and technologies can accelerate program developments. They should be given higher funding priority as programs in themselves. If enterprise tools are built, the question remains whether the services and contractors will adopt them.” 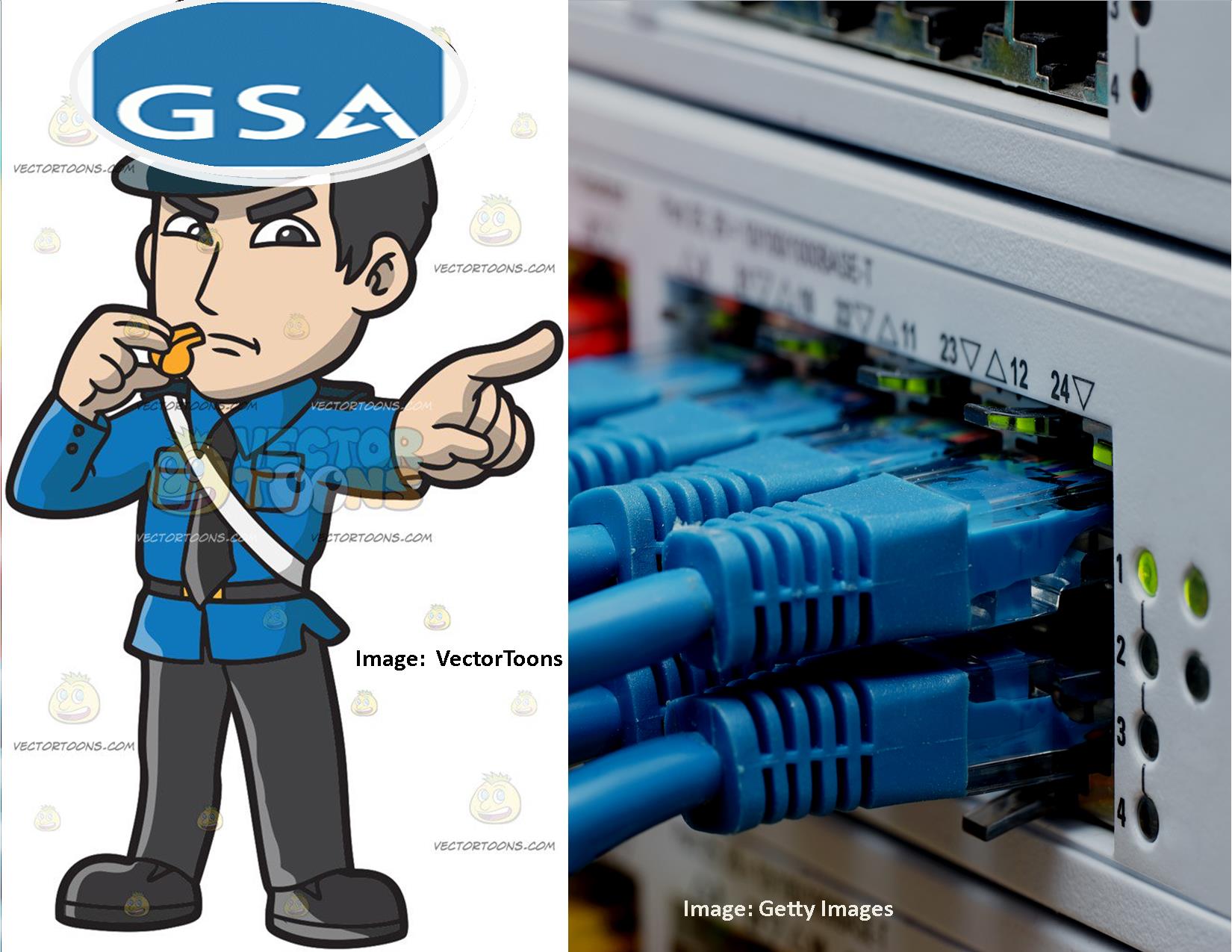 “GSA awarded the EIS contract to 10 vendors last year with the goal of consolidating the contract vehicles needed for telecommunication services, reducing the cyberattack surface of federal networks and compelling agencies to modernize their IT infrastructures.

While acquisition officials have discussed providing extensions to agencies that aren’t able to move their telecommunications to the 15-year, $50 billion contract in the next two years, they are unlikely to do so unless those agencies show they are committed to modernizing and transforming their network infrastructure.”

“Kay Ely has a message for agencies looking to extend the May 2020 deadline to shift their telecommunications to the next-gen Enterprise Infrastructure Solutions contract: It’s transformation or bust.

The assistant commissioner for the General Services Administration’s Office of Information Technology Category said Tuesday that while acquisition officials have discussed providing extensions to agencies that aren’t able to move their telecommunications to the 15-year, $50 billion contract in the next two years, they are unlikely to do so unless those agencies show they are committed to modernizing and transforming their network infrastructure.

“What we have said, and we are sticking to it, is that if we just hear transition and an agency, for whatever reason, can’t even do partial transformation” or plan for modernization, then an extension would be out of the question, she said at the an EIS breakfast sponsored by CenturyLink and FedInsider.

GSA awarded the EIS contract to 10 vendors last year with the goal of consolidating the contract vehicles needed for telecommunication services, reducing the cyberattack surface of federal networks and compelling agencies to modernize their IT infrastructures.

To do that, GSA called on agencies to conduct a thorough inventory of both their telecom devices and network services ahead of deciding what to buy on the new contract.

Some agencies are moving faster than others in that process. And while some could require an extension beyond the 2020 deadline, GSA wants to avoid repeating the costly delays of implementing the Networx contract a decade ago.

Ely said she has spoken to GSA Senior Procurement Executive Jeff Koses about possibly allowing agencies to shift their implementation deadlines, but, again, only if they demonstrate strong plans to modernize and transform their network infrastructures. She said she’s willing to continue that conversation for “some of the larger agencies that really are focusing on transformation and modernization.”

But emphasizing the dual goals of transformation and speed could also have the negative impact of encouraging agencies to transition fast rather than transforming smart, said David Young, regional vice president of CenturyLink’s Strategic Government group.

“As we see the deadline and the pressure of the deadline, what we are feeling is the agencies putting more and more into a winner-take-all homerun,” he said. “That deadline, I think, is forcing an incorrect behavior that things are getting bolted together versus really being transformational.”

Ely agreed and said that GSA would continue engaging agency leadership through outreach efforts like its Transition Ordering Assistance program, which supplies contractor support to aid in agencies with tailored transformation strategies.

“Every agency is different and I think that’s what’s really important,” she said. “That’s why I keep coming back to the agency managers and how critical that particular role is.”